Conventional dryer technology used for solvent-based coatings can have operations pitfalls such as fire hazards, and sometimes unexpected excessive emissions of solvent vapors into the environment which can cause heavy environmental non-compliance monetary fines.

Even when the operations for drying solvent-based coating or printing processes are running safely and effectively, the lines may have difficulties meeting residual solvent levels required by various regulations. Alternatively, the process may be accepting excessive retained solvent levels as “normal” and remedy this with a required hot-room hold period.

HTI Spectra HE™ Ultra ultrasonic-acoustic drying system can eliminate the need for the hot-room hold period by achieving the free retained solvent levels. The production line can run at current or faster speed, and still meet the needed retained solvent environmental targets.

HTI recently summarized results of the commercial-scale testing on retained solvents when Spectra HE Ultra Drying was applied to solvent-based printing and solvent-based lamination.

In the case of a lamination application, the customer was forced to operate at a reduced line speed of 300 fpm (100 m/min) due to retained solvents. Most of the hard-to-manage solvents (acetates and alcohols) were right at the limit established by the particular industry standard. In order to increase the throughput, the customer asked HTI whether a compact solution can be offered.

At proper coat-weight and lamination process simulation, HTI can deliver samples for residual solvent analysis to the third-party laboratory.

Results of the tests showed that at a line speed of 1.5x the production rate of this particular customer, the retained solvents content was at 0.25x when compared to the current line speed (300 fpm /100 m-min). The footprint of the proposed Spectra HE Ultra drying system was 50% less than the size of the standard one deployed today.

In the second application, which was conducted on the installed equipment at a line speed of 1000 fpm, comparison showed similar results.  The real advantage was also found whereby out of the 5 residual solvents present at standard conditions, trace elements of 2 of the solvents were totally eliminated.  Of the 3 that were measurable, the amounts were far less when the Spectra HE Ultra system was deployed. 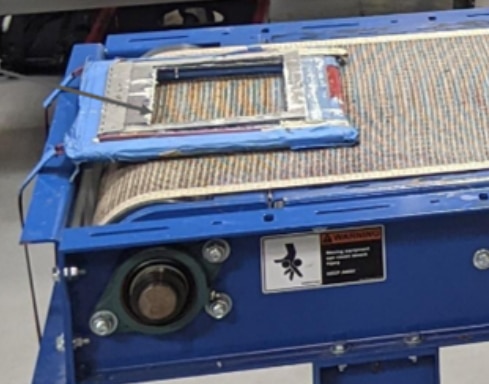 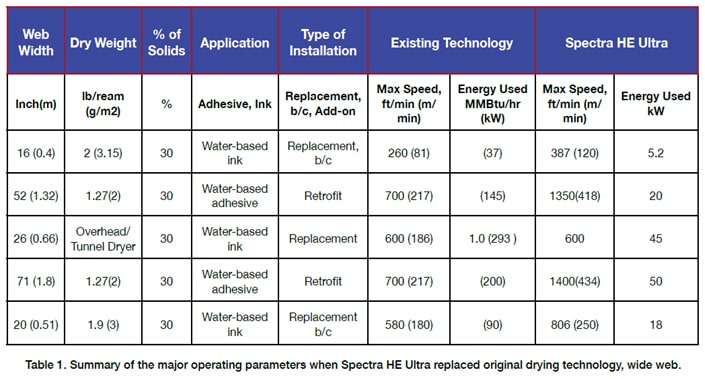